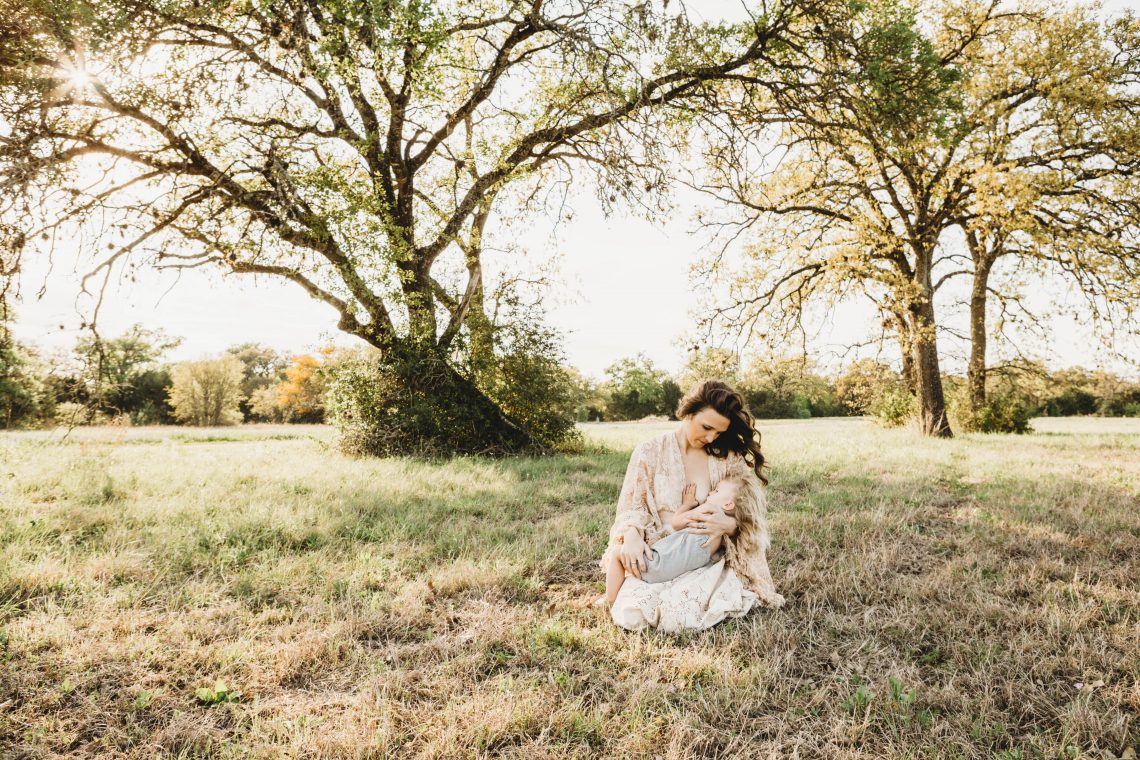 It feels strange to be on the other side of this and for once sharing my personal journey compared to that of one of my clients. I typically utilize my blog posts to highlight empowered women in their current season of life, whether that’s giving birth or celebrating motherhood in a more broader sense. With it being World Breastfeeding Week, I felt it was only fair to share my own breastfeeding journey as I’ve encouraged so many other women to do the same.

Unlike labor and birth, breastfeeding is the one thing I tried to educate myself on prior to having my son, Grady. I was very fortunate to have a very close friend who breastfed her son to 27 months and advocated strongly to me the importance of breastfeeding. Having a similar approach to most labor + motherhood aspects, I always told her I would try my hardest, but if it wasn’t working then I’d supplement.

After a long labor, I gave birth to my son Grady on March 13th at 8:05 pm during an episode of the Bachelor (I will never forget as all my friends sat in the waiting room watching our favorite reality tv show). I was instantly in love, he was perfect in every way. He immediately came out ready to latch and had his first nursing session surrounded by all of our closest family and friends.

Unfortunately, Grady was shortly after admitted to the NICU and I spent the next two days and nights wheeling my way through the halls for his feedings. The nurses were amazing and would call down to my room every 2-3 hours or when he would show signs of hunger and my mom would wheel me in the wheelchair to Grady no matter what time it was. Those two days were long for both of us. Thankfully, it was short lived and after we were released to go home.

After our hospital experience, I was determined to breastfeed. Once we were settled in at home, we were finally set for success. We were insepertable and Grady spent most his time latched, nourishing his little body. I was excited every latch gave me the gratification that my body was working and that my little boy was getting everything he needed.

Within a few days, we had our first pediatrician appointment and Grady’s pediatrician at the time disagreed that Grady was getting what he needed. Grady’s birth weight had dropped more than she was comfortable with, and she insisted we start supplementing with formula. I was devastated. I second guessed my intuition as a mother that I was growing my child and became overwhelmed with the thought of losing my supply by supplementing with formula.

I immediately called my friend, the long-time nurser, and cried about the new challenge we faced and how I felt like a failure at breastfeeding. One thing I realize now is how unconfident I was in myself as a new mother. I trusted these outside sources, the doctor who told me my milk wasn’t enough, those who told me maybe we shouldn’t breastfeed. I knew they were wrong, but part of me was worried they might be right.

My mom and I went to the store and bought the recommended formula and headed home. Grady had his first formula feeding and vomited everywhere. In fact, every time we tried to feed him the formula he would vomit. This went on all day before finally I said it didn’t matter if I wasn’t giving him enough breastmilk, that any breastmilk is better than him throwing up all of the formula. So we stopped supplementing with formula and continue on only breastmilk– against the recommendation of the pediatric office.

I started doing research on birth weight, how it works, what can impact it, etc. I came to realize that there was a good explanation on why Grady had lost so much weight after birth. When I was in labor, I had been pumped with additional fluids (more than the average during labor) and that this can cause the baby to swell and have additional fluid as well. His extra weight loss was due to his swelling reducing and the loss of the extra water weight.

I went back to the pedi (a different one at the same office this time) for our next appointment with all of my findings and ready to share on how supplementing was not the right path for us. Thankfully, the doctor was fully supportive in my findings and agreed that there was no reason to supplement and that Grady was back to a normal weight with only having been breastfed. We also found out that the original doctor told me to give him 10x the amount of formula that was needed for his size and that was the reason he was vomiting each time he was fed. This was infuriating to me, but I was glad it was behind us.

I was proud of myself during this season of our journey for sticking to what was important to me and not being swayed by those who I considered to be more educated and the “professionals”. I learned that in the end it’s up to me to advocate and educate myself when it came to breastfeeding my son.

After the first few weeks, breastfeeding became second nature to me. I navigated through nursing in public, nursing/pumping while working full time, nursing past the six month mark, then the year mark. I navigated through the negative comments and opinions I didn’t care for and all the close friends and family who would ask me when we were going to stop. I learned along the way, as my confidence grew as a mother, that in the beginning it was hard, but each day I breastfed my son I learned the value of it, the importance of it, and the empowerment behind it. I could have been guilted in to stopping many times from those around me that insisted on it, but instead I pushed through, knowing in my heart that this was right for our family. 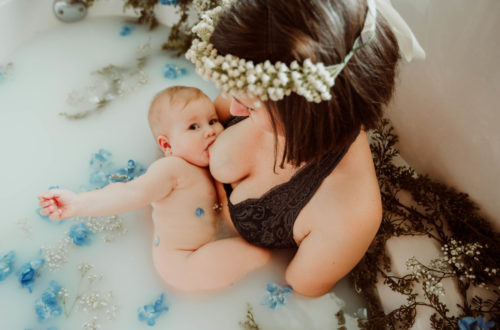 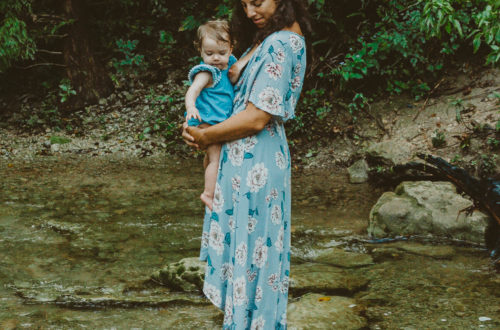